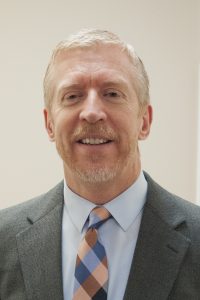 John Wakefied felt a strong desire for the ministry as a teenager and pursued training at Liberty University and Reformed Theological Seminary.  He was blessed to be able to marry Cathy in 1980 and God has blessed them with four children and four grandchildren.

In 1983, John was called into the ministry and has been privileged to minister to God’s people since then. He has known Grace Baptist Church in Essex for several years and their relationship was strengthened with a call to be an elder in the summer of 2015.  He was ordained to the office in October of 2015.